‘’A linchpin’’ for UI/UX or Designing for Tablets

Very often Tablet applications are just resized versions of Smartphone applications. But does it mean that they have the same UI needs?

1. Some key points to be considered

Smartphones are used almost in all spheres of everyday life and in the majority of locations. While tablets are more commonly used in a fixed position usually at home, at work or in a cafe. The area which is available for content localisation and the size of the tablet - these are the advantages that should be used. Smartphone users spend less time using an application than tablet users and they more often switch from one application to another. The average session length on a tablet is 8.2 min while on a smartphone it is only 4 min. A smartphone is a personal device whereas a tablet can be used by several family members.

2. The purposes of smartphones and tablets also differ

Tablets are used for games more often than smartphones (by 14%), entertainment (by 5%), education (by 4%), while smartphones are mostly popular with their social networks and various utilities.Therefore, if you are a game developer or entertainment applications developer, you should think about "tablet first".

3. Some differences in holding devices

Depending on the way one holds a device, there are different areas that might be inconvenient in use. For example, a good area for an action button on a Smartphone may be a misfit on a Tablet.

Most applications fail to scale properly and controls, buttons and images can be in the wrong place as well as all the advantages of a large tablet screen could be lost. Another problem is that there is too much free space that a designer often intends to fill with controls and images. Content overload is also a wrong decision. UI should stay clean, easy and touch friendly. And of course, a landscape mode should be taken into consideration.

So what to do? Make the phone app bigger and move things around a bit? - The answer is “No”. Nowadays it is not enough just to scale a tablet design to a smartphone. A tablet application has a different screen size compared to a smartphone. It may be used in different orientations that makes a user experience different. The focus on balance between the features, usability and a good taste will create a successful product. 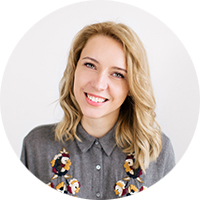 We are happy to revive our blog with useful and fun information for our readers and to mark this wonderful event we decided to connect it with a present for everybody involved into mobile. This is a free UI Kit for a music app and you can do whatever you want with it: download and save on your computer in order to use in some time, have a look at it and get inspiration for your own apps or rework them partially or completely and create your next great app based on this UI kit!

More than  2,5 billion people on Earth have smartphones  and use them heavily every day. We spend about  4 hours a day  staring at the screen. Curious fact but each person has  three favorite apps  used most frequently. The leaders among them are Facebook, Youtube, WhatsApp, Instagram, Uber, Gmail …